It's Friday! Time to Reward Yourself!: A Dutch Croquette Sandwich in the Canteen Mitsubishi Electric Europe B.V. — Benelux Branch

Jan Smulders is the product marketing manager for Visual Information Systems (VIS) at the Benelux branch office of Mitsubishi Electric Europe B.V. (MEU) in the Netherlands. The VIS business unit sells video wall display systems in the EMEA region. Jan's responsibilities include taking care of their dedicated website for display solutions and creating all kinds of marketing materials such as newsletters, reference cases and press releases. 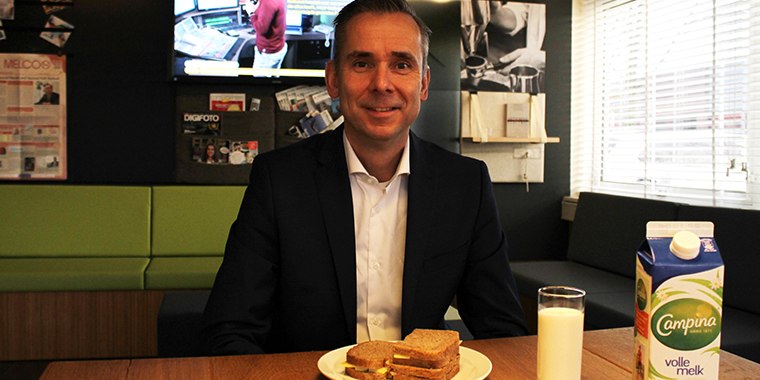 Jan brings his lunchbox, usually packed with ordinary sandwiches, from home, but he doesn't do so on Fridays—Jan and his colleagues order more luxury sandwiches for lunch from a local bakery to reward themselves in the canteen for being almost done with their assignments for the week. And their favourite choice is, Jan says, one of the most popular Dutch sandwiches called 'broodje kroket' (croquette sandwich). 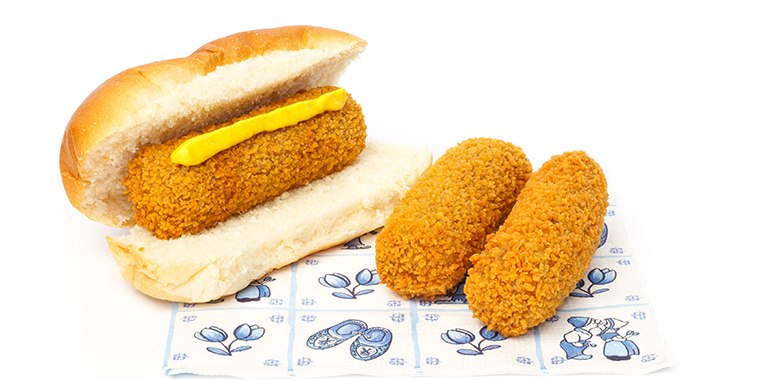 The typical Dutch croquette is a deep-fried breaded roll of mashed potatoes and ground meat (veal or beef), slathered with hot mustard. And once it is stuffed into a soft bun, yes, the duo dramatically turns into an even yummier food—a broodje kroket sandwich. Jan says that when they have visitors from abroad in their office, they always welcome their guests by serving this tasty snack. "They really love it", he adds. "Delicious!" 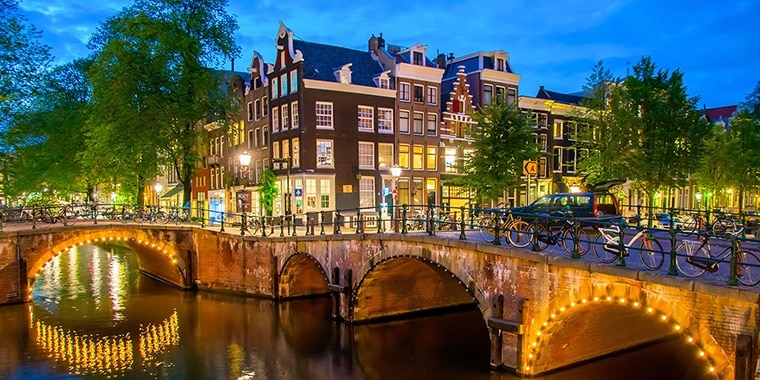 The Benelux branch office of MEU is located in Mijdrecht, the Netherlands, about 20km south of Amsterdam. Here's what Jan recommends trying if you have the opportunity to visit the Dutch capital:

Amsterdam is made famous by plenty of tourist attractions like its old buildings, narrow streets and tulips. However, its canals ('grachten' in Dutch) are arguably the best that you will enjoy. Amsterdam has 165 canals with a combined length of over 100 kilometres, including Prinsengracht (Prince's Canal), Herengracht (Gentlemen's Canal) and Keizersgracht (Emperor's Canal), most of which are navigable by boat. So, take a 'rondvaartboot' (tour boat) and you can have a good time with the lovely sight of the city from the waterways.

Fun facts: did you know that Amsterdam overwhelmingly surpasses Venice, the "City of Water", in the number of bridges? Amsterdam has about 90 islands connected by more than 1,200 bridges, while there are only 400-plus bridges in Venice, despite the fact that the city is situated on approximately 120 islands. In short, Amsterdam has three times as many bridges as Venice does! (Amsterdam is the true "City of Bridges").

In addition, Jan advises to set aside enough time for Rembrandt's most famous work, 'De Nachtwacht' ('The Night Watch'), the Van Gogh Museum and the Anne Frank House.